"Three turns, six sits, nine crawls", do you know the baby's development formula? Grasping the essence of parenting is easy _ Mom and Dad

Regarding baby development, the ancient people's experience summaries are worthy of reference. Parenting mantras such as "three turns, six sits, nine climbs", "two turns, four turns and six will sit, seven rolls and eight climbs and walks will walk" as the saying goes, they all make sense. However, with the changes of the times, the adjustment of people's dietary structure, and the renewal of parenting concepts, these traditional parenting formulas may not be accurate. And their hints are only approximate, and do not rule out the special circumstances of the baby's development.

However, for novice parents, if you grasp the essence of these parenting mantras, parenting will become very simple. Below, we take "three turns, six sit and nine crawls" as an example to introduce some knowledge about baby development. 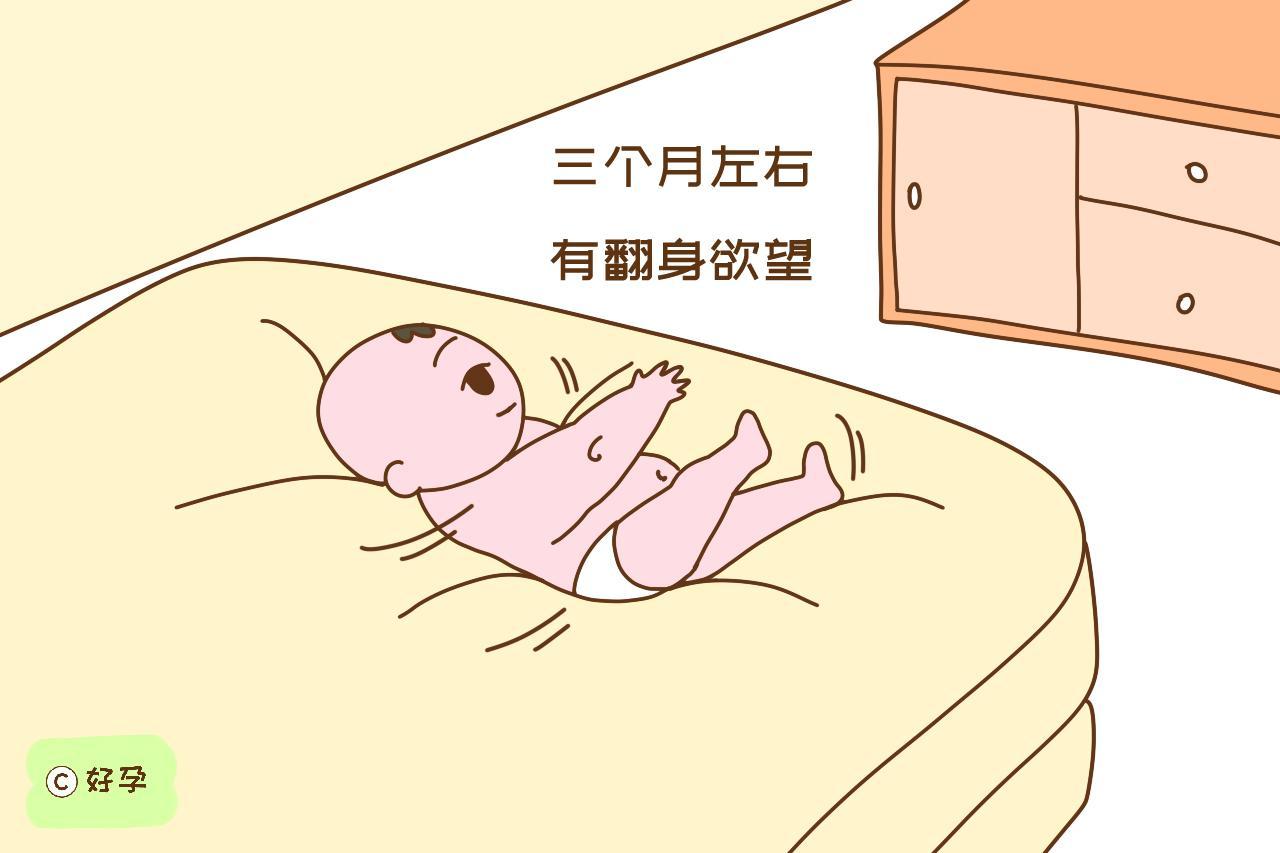 "Three Turns": I have a desire to turn around in about three months, and I need help from my parents to do some training

The traditional concept of parenting is different from the present. In the past, people like babies to be "stronger" and can turn over, raise their heads and walk earlier than other children... Therefore, when the baby is three months old, there are signs of turning his head and turning over. , They will frequently let the baby learn to turn over. In fact, this is wrong. Whether a baby can learn to turn over around March depends on his specific development and willingness. If the baby has a strong desire to turn over when he is three months old, parents can help him with some training.

For example, when the mother is lying down with the baby, leave a gap in between, and talk to him and amuse him. When he heard his mother's voice, he would turn his head and turn over hard. At this time, parents don't rush to help, let him twist, move his muscles and bones, use his own methods, and naturally learn to turn over. But this kind of turning over only changed from lying on his back to lying on his side, requiring his parents to support him behind his back. Of course, if the baby is too strenuous, crying anxiously, or obviously pressing his arms or legs, parents should give some appropriate help. 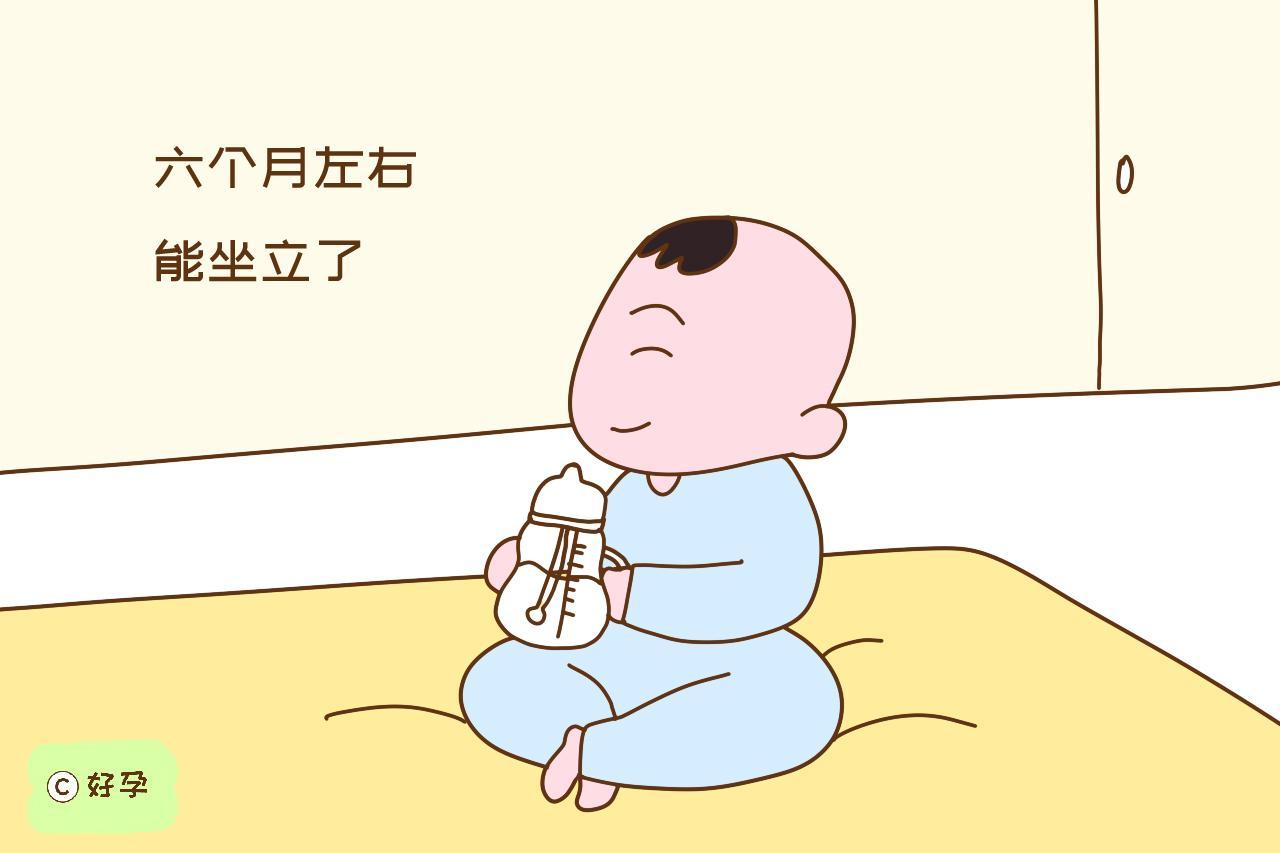 "Six sitting": I can sit up in about six months, but I can't sit for too long.

Generally speaking, when the baby is six months old, the bone development is better than before, and the spine becomes stronger, so he can sit and stand. However, after all, the baby's muscles and bones are not too fully developed to support the head and body well, so they can't sit for too long. Moreover, when the baby practices sitting and standing, there must be someone by his side, who can help him in time when he is unstable.

However, it is also a natural thing for a baby to sit and stand. This "six sitting" only reminds parents that the baby's physical development has changed significantly from before. It is recommended that parents slightly change their previous parenting methods, do not hold the baby all day, or let him lie down all the time, let him explore the functions of the body by himself, and sit and stand for a while to see what you can get by touching your side thing. 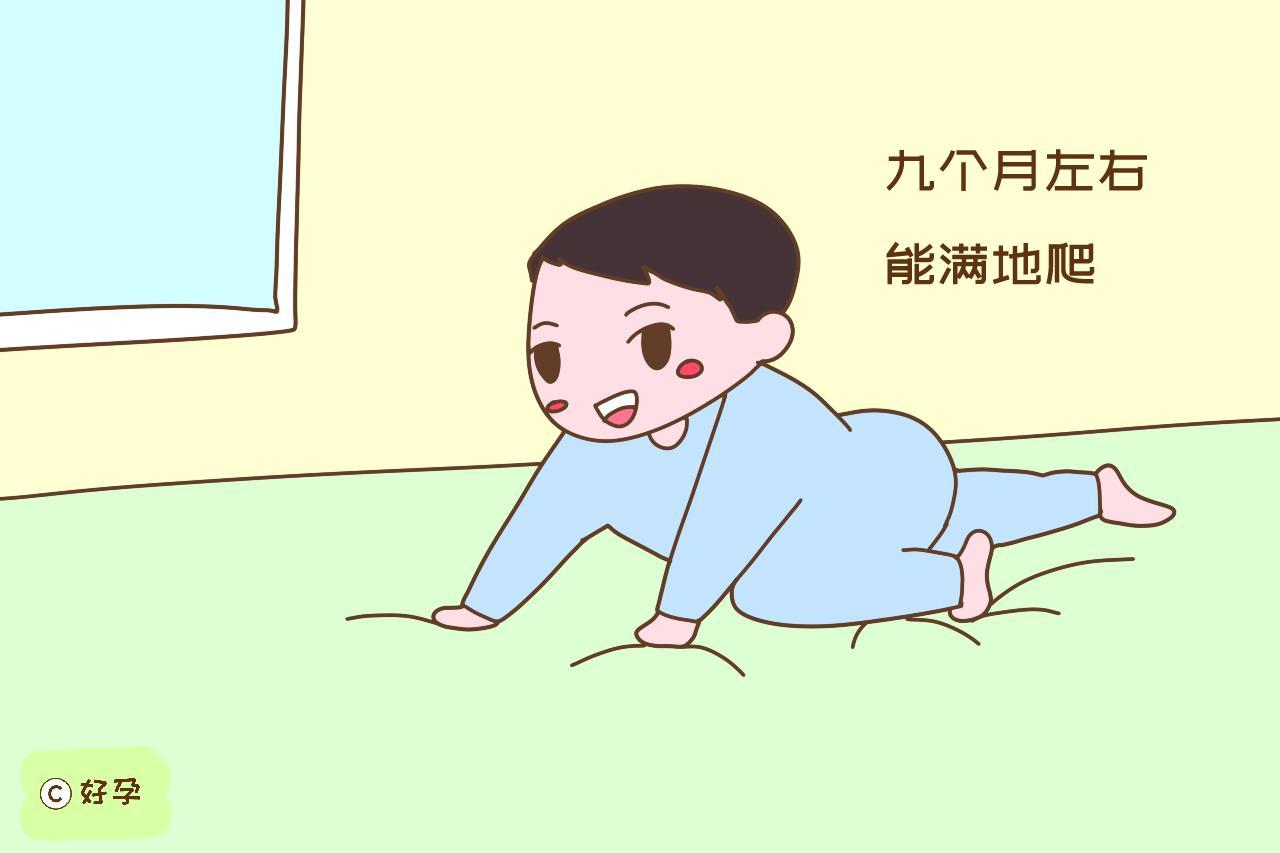 "Nine Climbing": Climbing all over the floor in about nine months, family members should pay attention to the safety of baby crawling

When babies are nine months old, most of them can crawl on the floor, but it is not ruled out that some babies with fast growth will crawl in about eight months. And some babies who don't like to move, eat fat, and are not flexible in their limbs may crawl around one year old. Also, some babies who enter nine months in winter miss out because of the cold weather and clumsy clothes.The opportunity to practice crawling. Therefore, parents should rule out special circumstances, and don't be too entangled whether the baby has to learn to crawl around nine months.

But if the baby can crawl, the family must pay attention to his crawling safety. For example, keep the doors and windows of your home closed to prevent him from climbing to a high place and becoming dangerous. Clean the floor and don't let sharp objects scratch your baby.

Parents, did your baby develop according to these parenting mantras?

Pay attention to [Good Pregnancy], all you want to know about scientific pregnancy preparation, pregnancy care, fetal development, postpartum care, baby development, fashion education, can all find the answer here. In addition, there are our specially invited authors who tell the story of parenting based on their own experience.