Market value inventory of the world's top ten game companies: Tencent can only rank second, which one is the first? _ Sony

Topic:No. 1 company in the world by market capitalization

Original title: Market value inventory of the world’s top ten game companies: Tencent can only rank second. Is this one the first?

1. Although Microsoft is the world’s top three game console manufacturers, its game business is not its main business;

2. Tencent is the gaming company with the highest gaming revenue in the world; 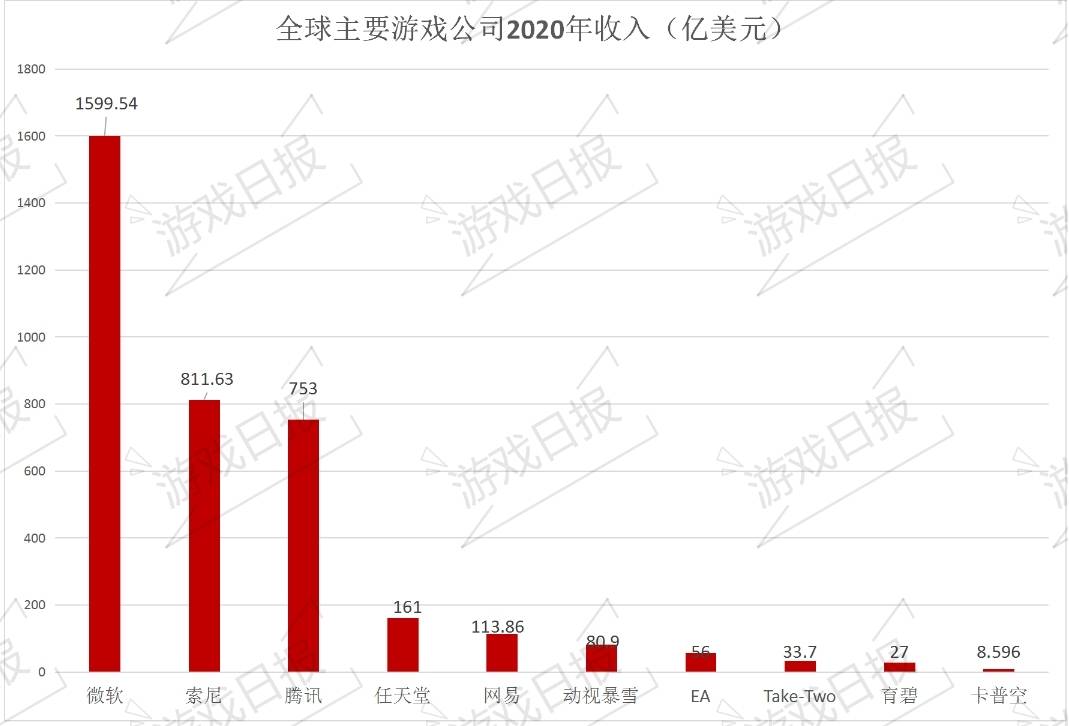 In 2020, Microsoft ranked first with a revenue of 159.954 billion U.S. dollars. The second is the same host manufacturer Sony. In 2020, Microsoft and Sony released the next era game consoles, and their revenue rose sharply; ranked third is China’s Tencent, under the "King Glory announced that its daily activity exceeded 100 million in 2020, and another global hit, "PUBG: M", according to Sensor Tower data, has a total revenue of 5 billion U.S. dollars.

2. The game company with the highest revenue in the game business: Tencent 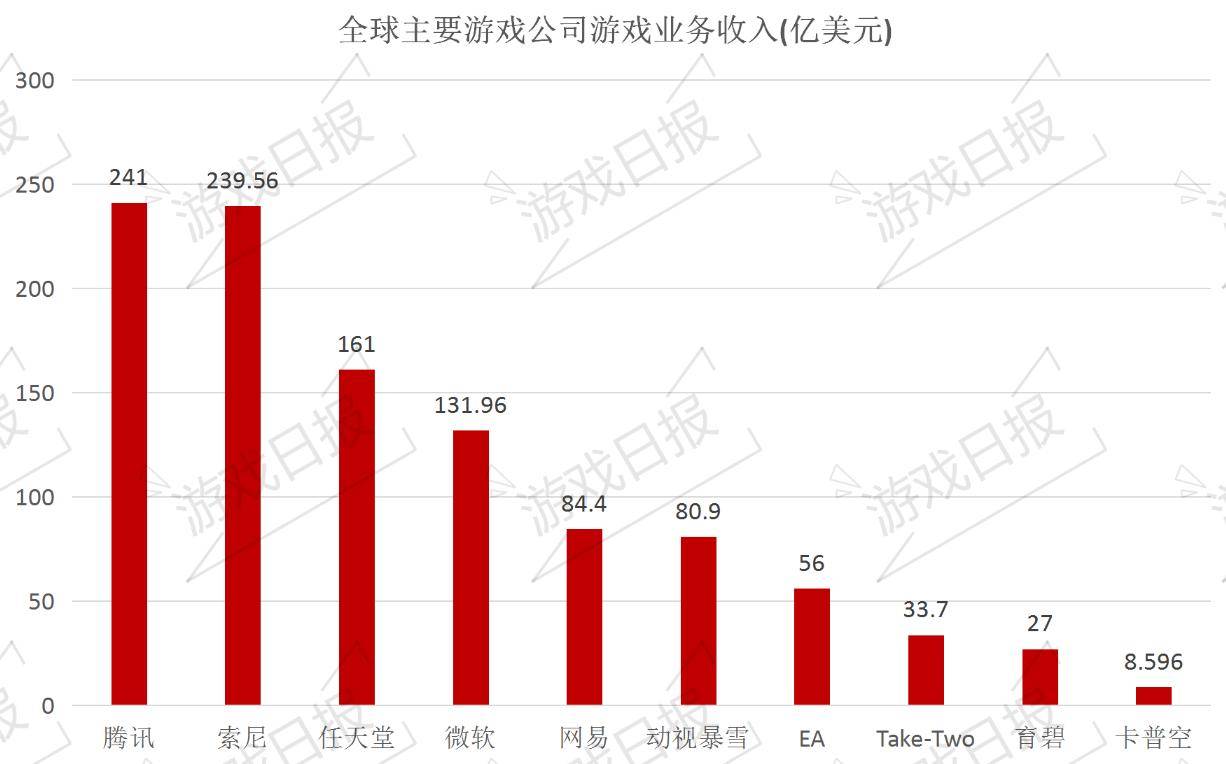 In Among the major game companies in the world, Microsoft, Tencent, Sony, and NetEase have game businesses as well as other businesses. For example, Microsoft, with the highest income, does not have the highest gaming business.

Tencent ranks first, with revenue of US$24.1 billion in game business in 2020. Sony ranks second. The next-generation game console PS5 is popular worldwide; third is Nintendo. , Also earns the highest income in history with its popular host Switch.

Microsoft, which has the highest total revenue, has revenue of 13.196 billion U.S. dollars in its game business, which is not ranked fourth among the top three.

3. The game company with the highest net profit in 2020: Microsoft 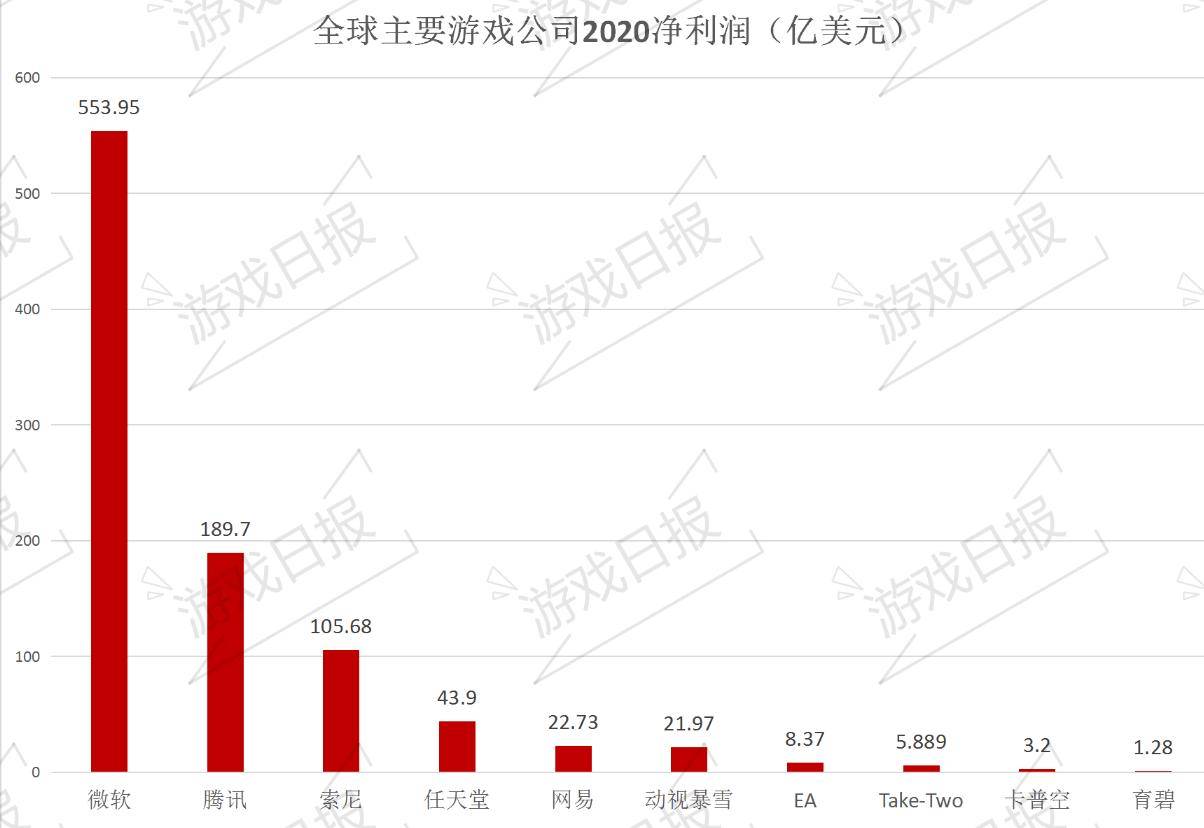 Although Sony is ranked in total revenue Second, but its host PS5 adopts a low-price sales strategy. The official publicly stated that every PS5 sold at the initial stage loses 100 US dollars, and its profit is relatively low;

NetEase made a profit of 2.273 billion US dollars. Ranked fifth. 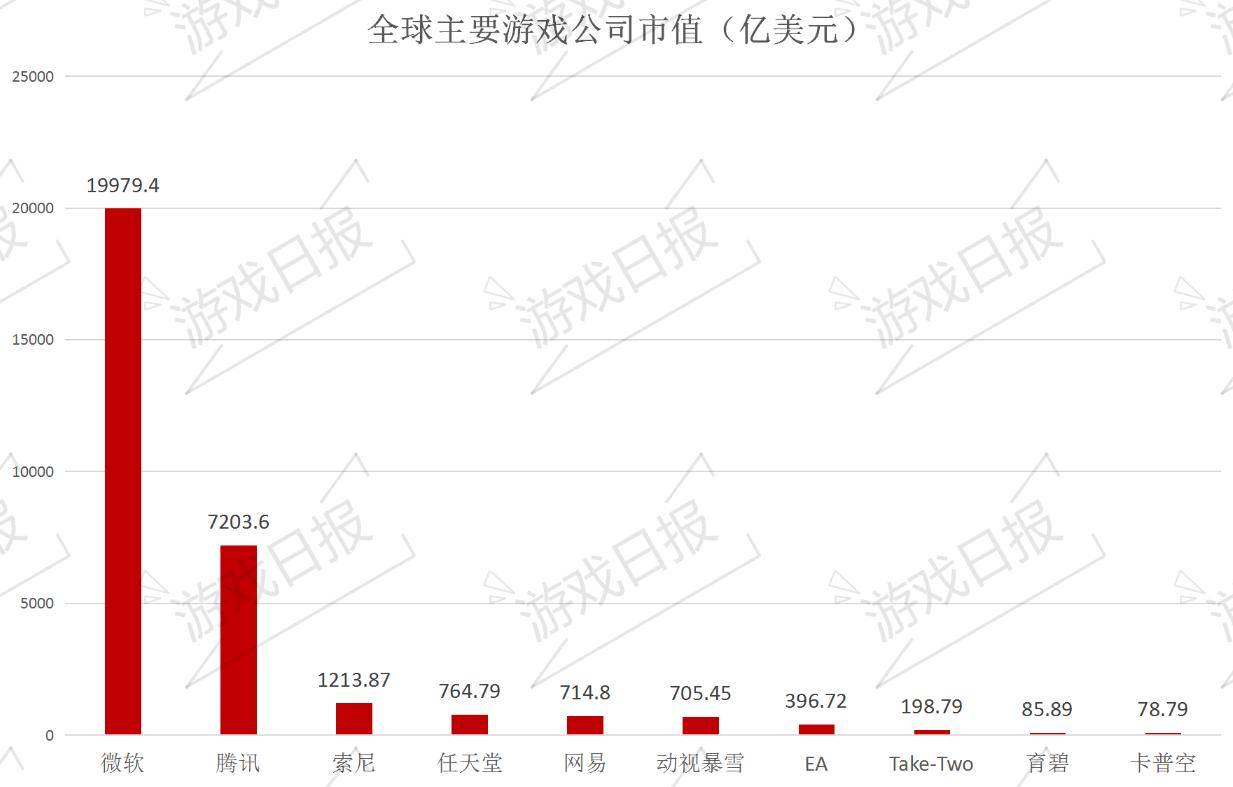 The top three game companies themselves The difference in market value is also huge, and the next three: Nintendo, NetEase and Activision Blizzard are not much different, all in the range of 70-80 billion US dollars.

Note: The market value statistics time is the data at the close of trading on June 24, 2021