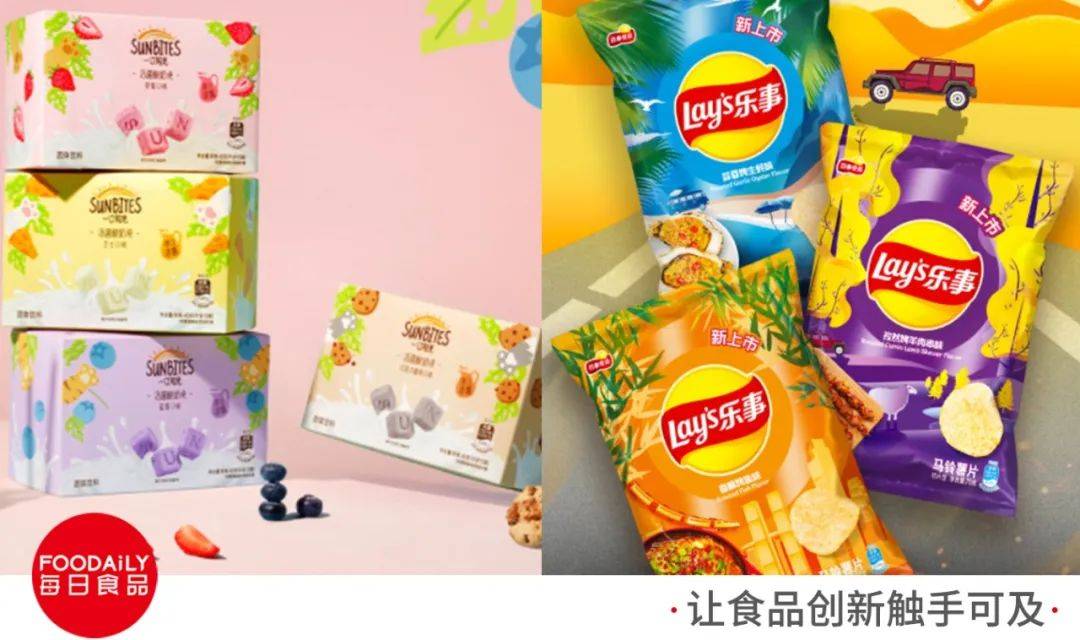 Foodaily picks up the most important and valuable new product information and news information in the food industry every week on time. All companies that may change the industry are among them. ”

8. Completed over 500 million US dollars in financing, and the multinational plant-based brand Livekindly Collective entered the Chinese market

9. Banu Maodu hot pot will complete a new round of financing of over 500 million yuan, and the small hot pot sub-brand has officially opened

13. The new tea brand Chunfeng received tens of millions of yuan in Pre-A round of financing

14. From cherries to covering all fruit categories, Xiaoman Chatian, a new tea brand, completed tens of millions of yuan in A1 round of financing

16. Naixue’s tea knocks the bell to be listed, valued at 30 billion

18. Layout of the ready-made tea market, I miss you, Qingyang Life Hall, to sell healthy teas

19. Hershey acquired Lily's, a manufacturer of low-sugar chocolate products, for US$425 million

On June 25, the official of Hey Tea Weibo announced the launch of a new product of Succulent Huangpi Xianlu, selected Guangdong Chaoshan seasonal yellow peels. Nine procedures are carefully selected and polished, blended with amber blue tea base and rock sugar liquid, and finally presented in the form of smooth ice, which can relieve thirst, and will be launched in stores across the country on the 30th. At the same time, the bottled Huangpi Xianlu is launched, and the bottled form is easy to carry. Both are priced at 29 yuan/cup. 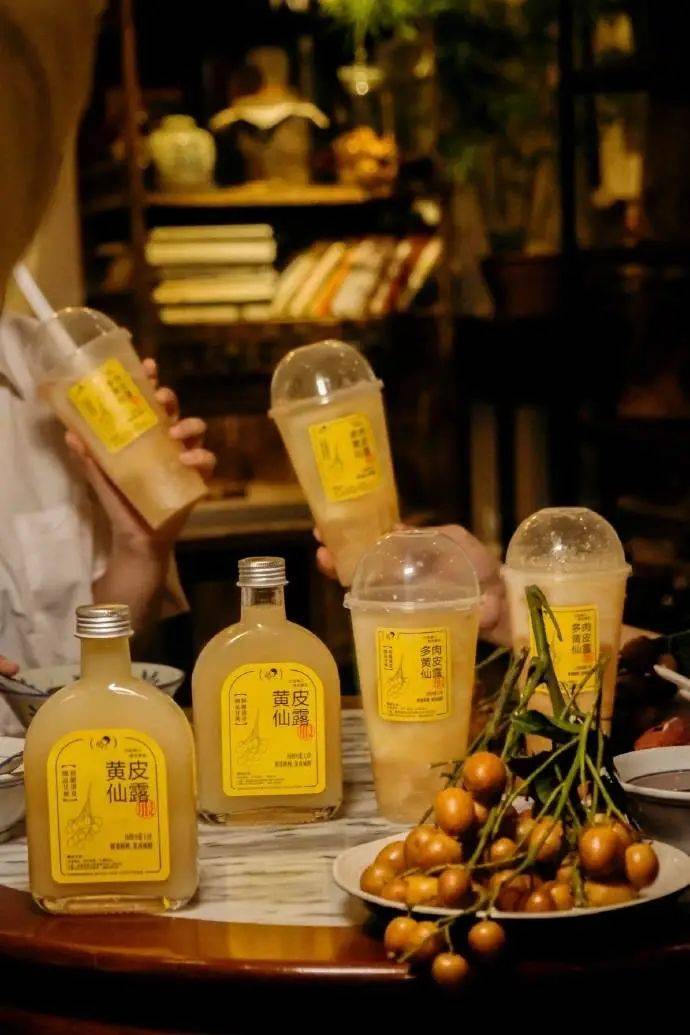 Then, Lelecha also announced on July 2 There are two types of teas, namely, pounded succulent yellow peel and raw squeezed orange yellow peel. Fresh yellow peel is paired with fragrant jasmine green tea, which has a unique flavor; the latter also incorporates oil orange into it to gather elements of current tea trends. Both models are priced at 28 yuan per cup. 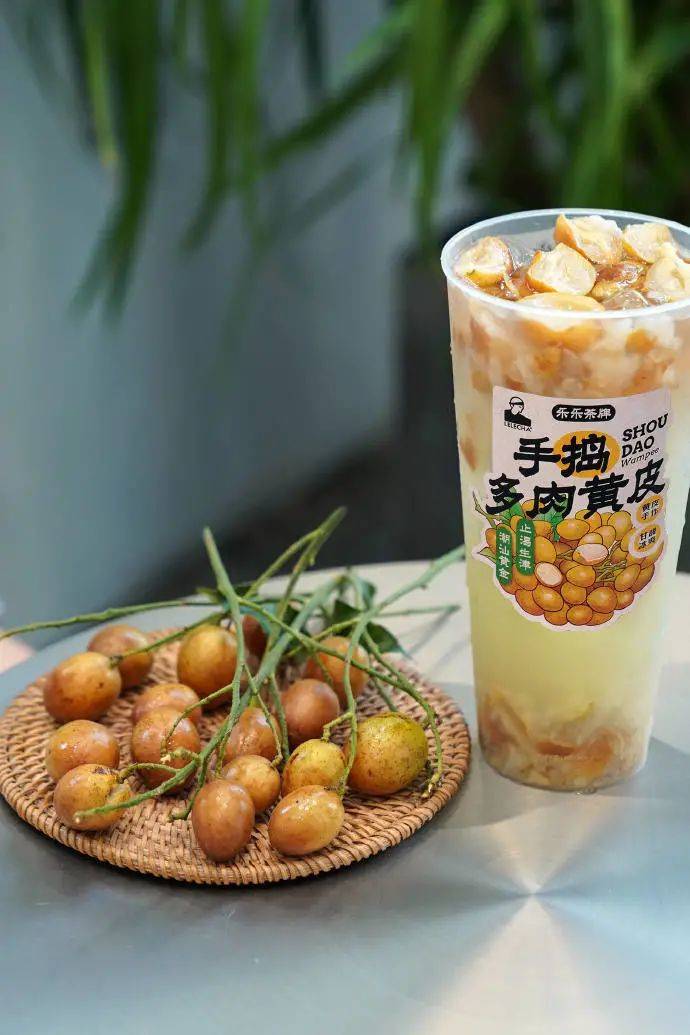 Foodaily found that a snack brand under PepsiFreeze-dried live yogurt blocks for children. The product is made of high-quality raw materials. Each 100g is rich in 100 million CFU imported live bacteria. Under the same conditions, the protein content is 4 times that of yogurt, and the calcium content is about 3 times. The real fruit pieces add a crispy taste. There are four flavors of strawberry, blueberry, cheese, and chocolate chip cookies. The price is 40/pack/39.9 yuan at the Tmall flagship store.

Yikou Sunshine was released in China in 2019. At that time, it was positioned as a snack for "young white-collar women". In January this year, it changed its positioning to a brand of "parent-child snacks". Currently, there are seaweed crisp, yogurt cubes, and leaf crisps. Three series of products. 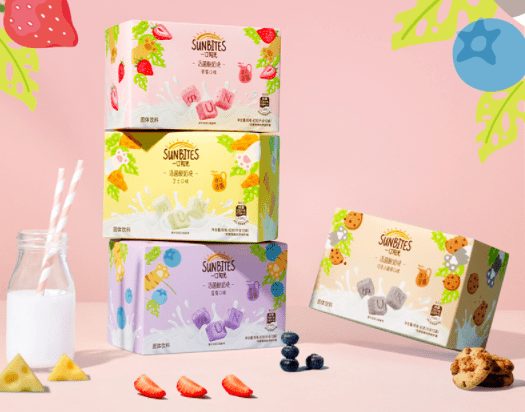 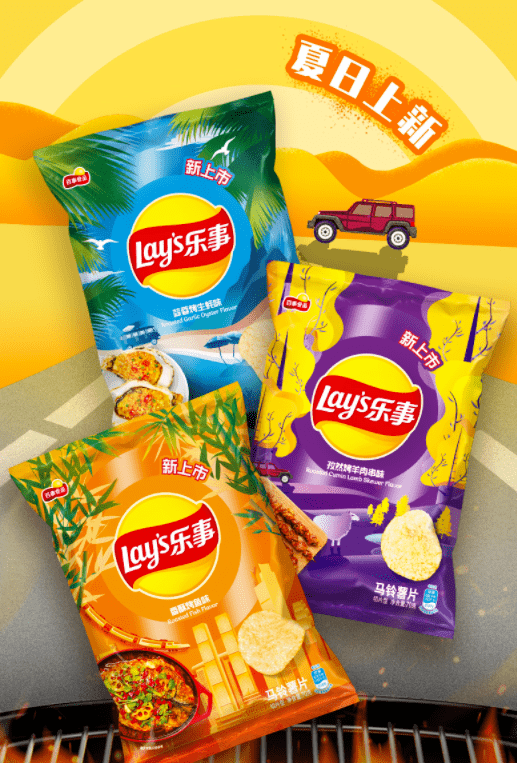 On June 28, the Alien Tmall flagship store launched a new mineral natural soft mineral water. The new product uses the virgin forest of Yunnan as its water source. The equipment is far away from pollution, is naturally weakly alkaline, has a PH value of 7-8.5, which is close to the value of the human body, and is rich in potassium, calcium, sodium, magnesium and other minerals.

In terms of design, the bottle shoulder is inclined at 30° to reduce waste. The bottle cap is made of aluminum alloy material, finely polished, and the hand feels more delicate. The new product spikes at a price of 550ml*24 bottles/96 yuan. 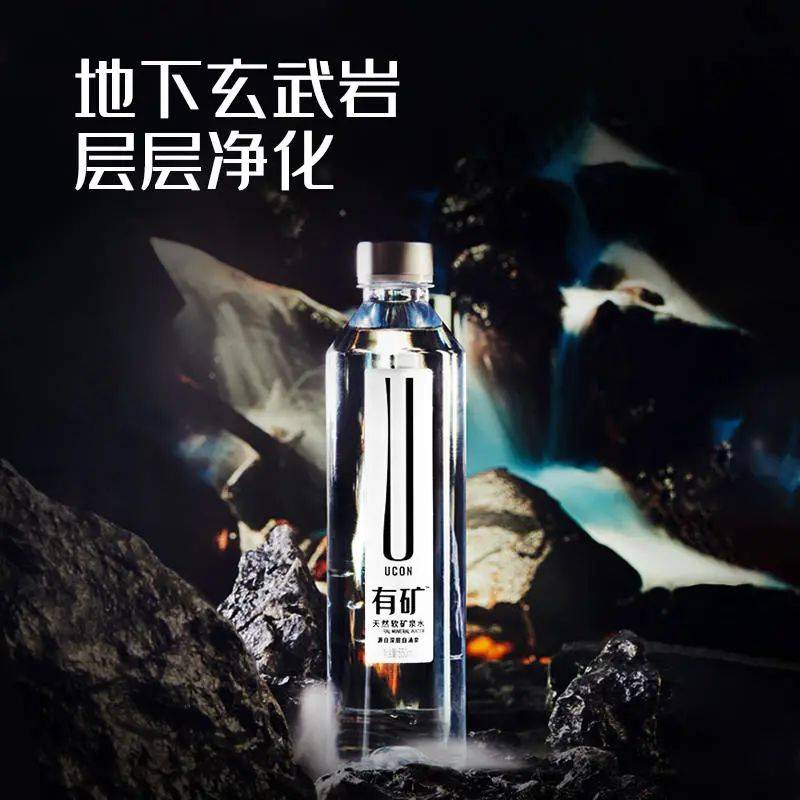 Recently, Lixiang Guoshang’s new instant bean pollen series has expanded its product line to the non-frozen field. The new products are all based on bean pollen. In terms of ingredients: Maple syrup coconut milk is made of Canadian Quebec pure maple syrup and Southeast Asian coconut milk, accompanied by candied honey beans, which has a mellow taste; Sichuan chili oil and golden pea are added to Sichuan spicy and brown sugar; The ginger juice is made of soft and spicy Sichuan ginger with brown sugar; the flavor of shrimp oil is made of seaweed and shrimp skin with shrimp marinade oil to increase the freshness and flavor; the original flavor of the original bean restores the original flavor of tofu, without any small ingredients. Just add water and stir, boil the water on the pot and steam for 10 minutes, add the small ingredients, and provide a variety of choices for breakfast. 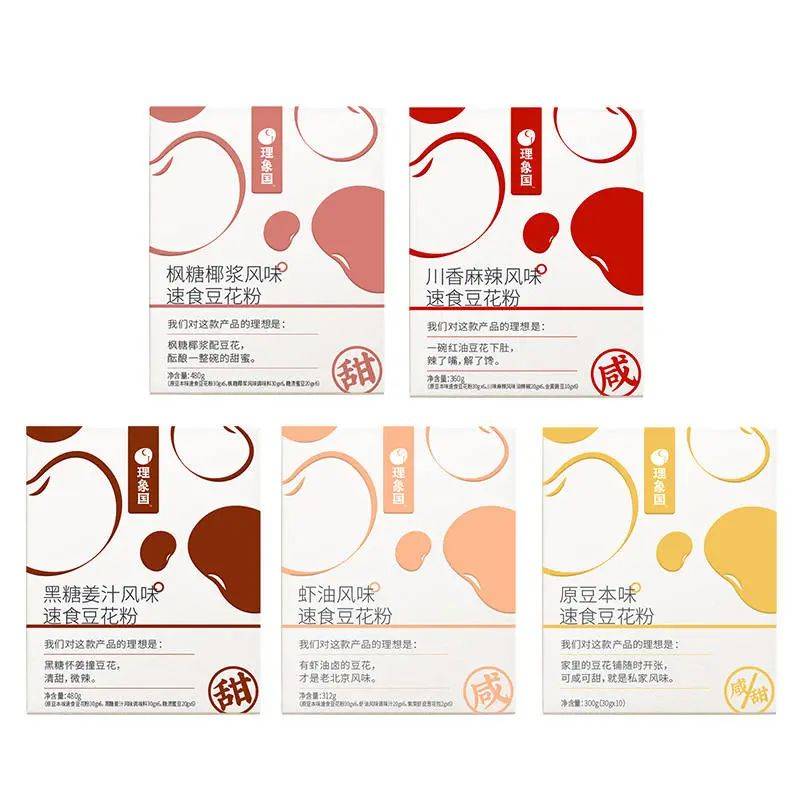 On June 24, Yihai Kerry Arowana launched its first plant-based meat product-Yihai brand catering vegetarian meat. The new product uses high-quality non-genetically modified soy protein as the main raw material, with a protein content of up to 60%, and a good structure. There are three product forms, namely slices, silks, and diced products, which can be used in meat products, vegetarian food, catering and health food and other fields. 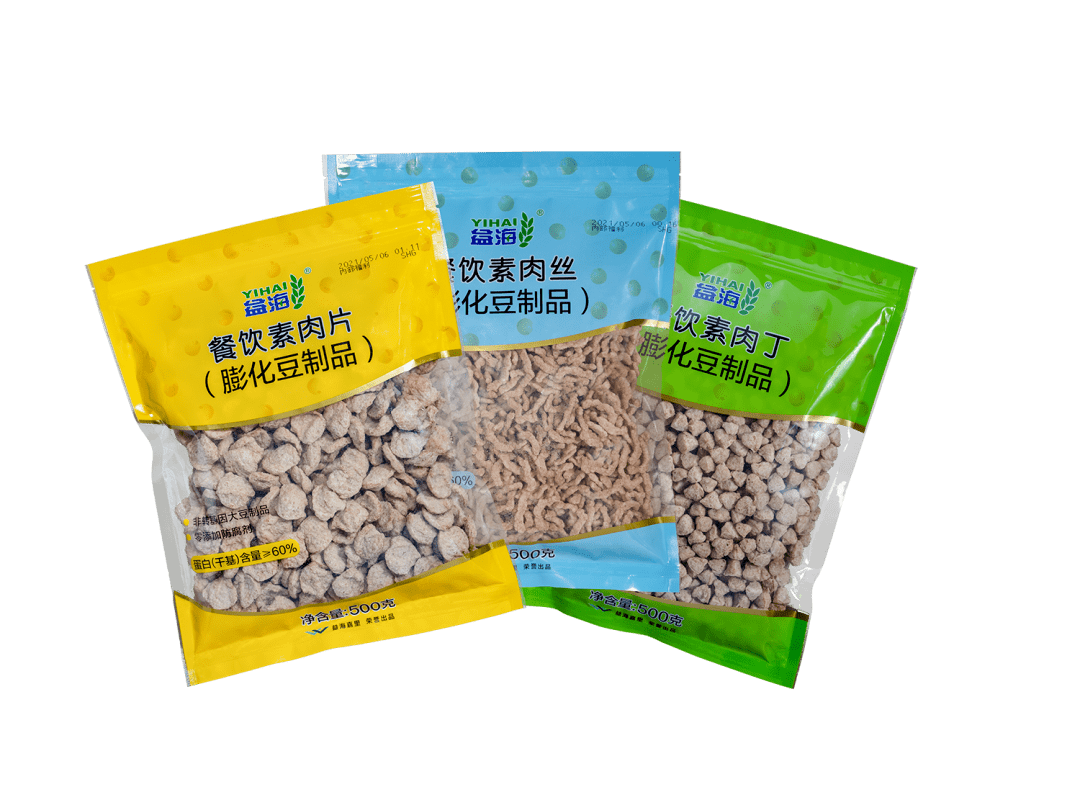 On June 29, add a bit of flavor to launch two new products, summer and low-fat vinaigrette and unrestrained Sichuan spicy vinaigrette , Solve the problem of light food. The Japanese style uses extra virgin olive oil imported from Italy, which is only 408kJ per 100g, which makes it easy to reduce fat without burden. The spicy oil vinegar is added with 15% Sichuan spicy red oil, and it is blended into cellar vinegar and apple juice to neutralize the oil, refreshing the intestines and stomach. . The price of Tmall flagship store is 280g*2 bottles/39.8 yuan. 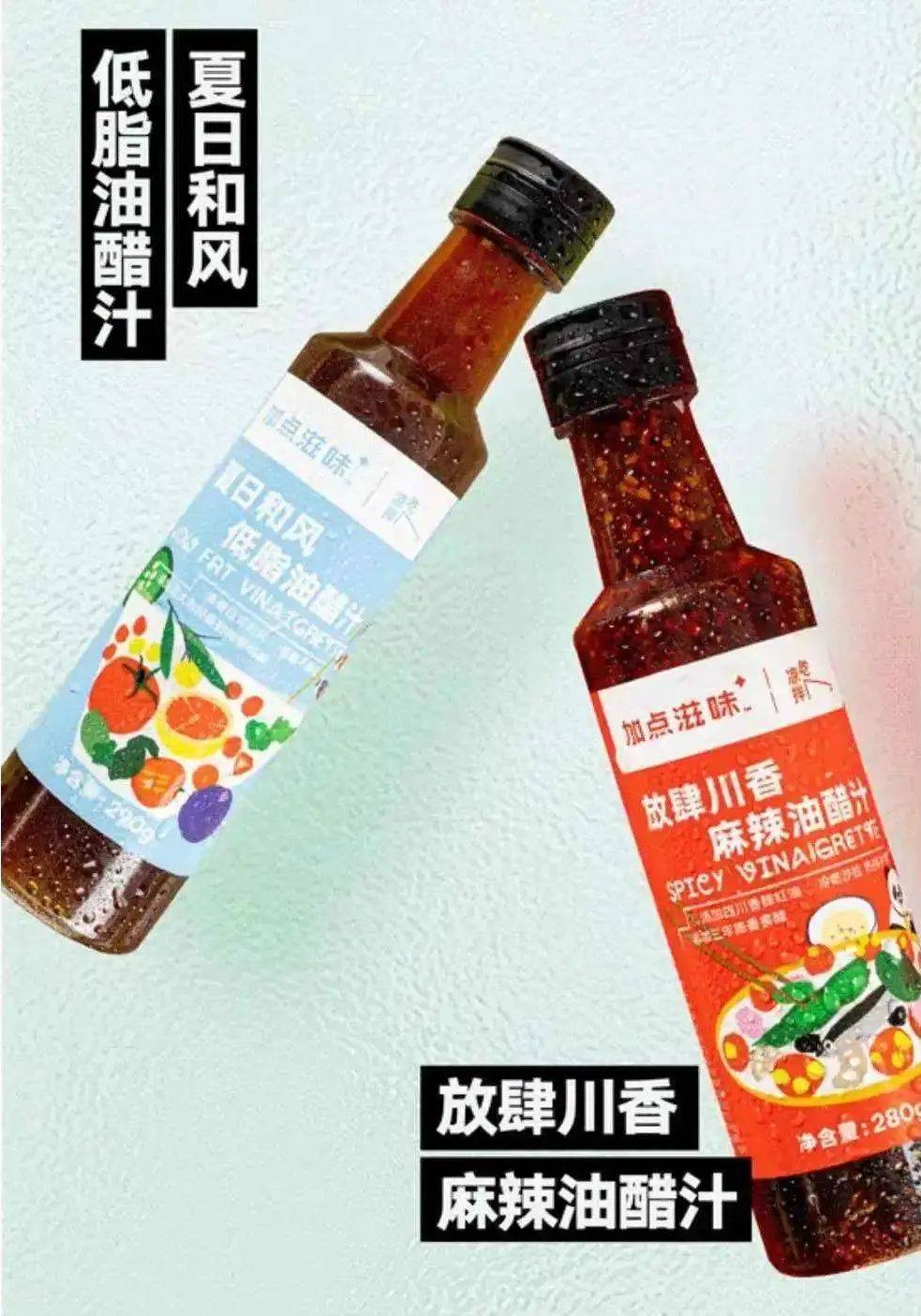 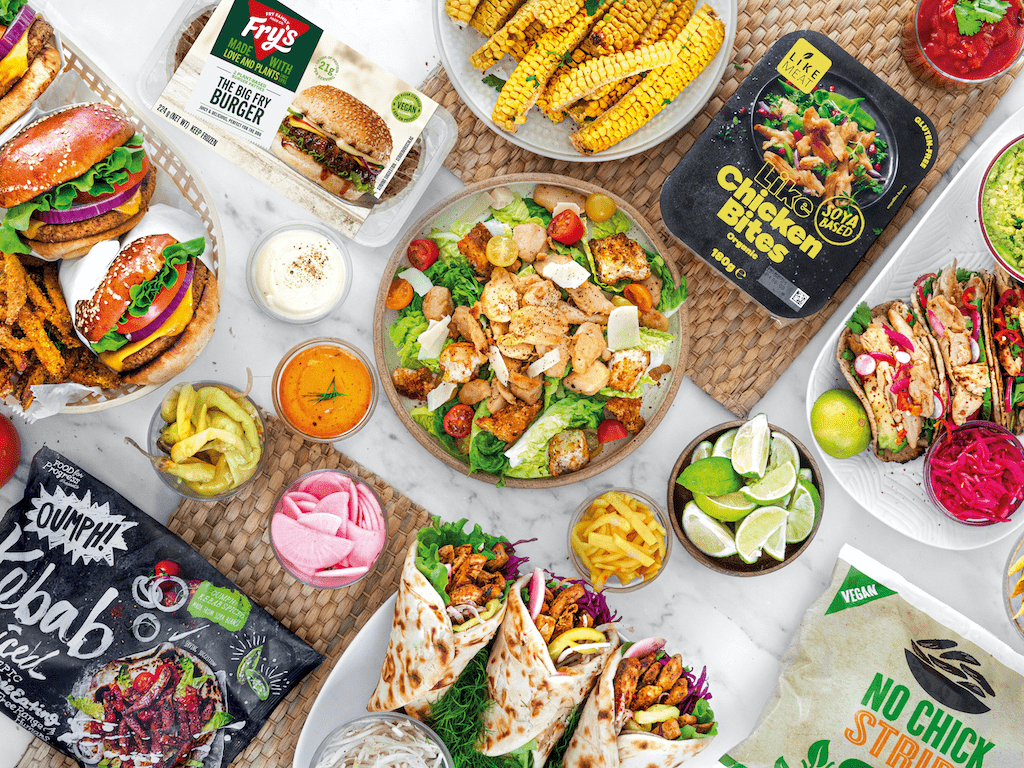 9. Banu Maodu Hot Pot will complete Super 5 In a new round of financing of RMB 500 million, the small hot pot sub-brand has officially opened

It is reported that the hot pot chain brand Banumaodu Hotpot will complete a new round of financing of over RMB 500 million. This round will be funded by CPE. Yuanfeng Capital led the investment, followed by Richu Capital, Gaorong Capital, and Tomato Capital. At present, the financing has not been completed and is still in progress. 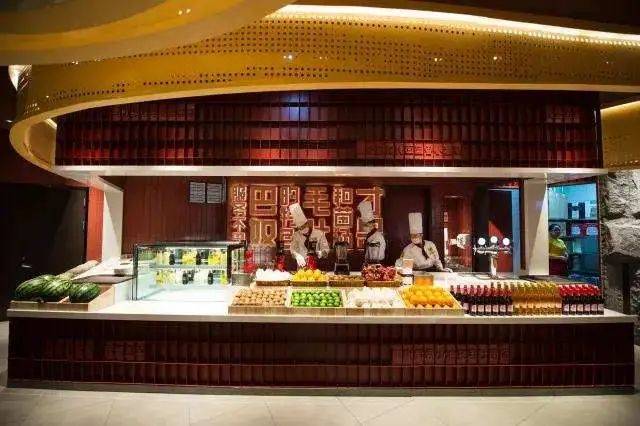 Aishi Xiaoai Pulp will be launched in 2020, positioning the eye-protecting compound functional beverage. In terms of marketing, ATV Xiaoai Pulp has deployed offline channels, covering offline supermarkets and convenience stores in first- and second-tier cities, including 711 and Lawson, as well as numerous campus supermarkets and vending machines. At present, Aishi Xiaoai Pu is dominated by convenience store channels, accounting for more than 50%. 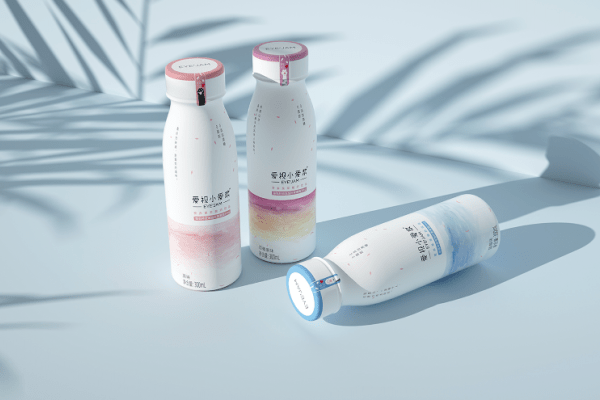 On June 30, the Tianyancha App showed that the parent company of China’s cutting-edge tea brand Cha Xiaokong, Beijing Wuyouzhijing Culture Co., Ltd. recently completed a round of financing of more than 100 million yuan. This round of financing was led by Lightspeed China. The old shareholders DST and Wuyuan Capital continued to support the investment. Dynamic Capital followed the investment and Palm Capital served as the exclusive financial advisor.

Established in 2020, TEAKOO specializes in super-extract teabags with unlimited water temperature and ready-to-drink. It is targeted at young white-collar workers with health needs. It has been awarded by the co-founder of Alibaba. Angel investment. 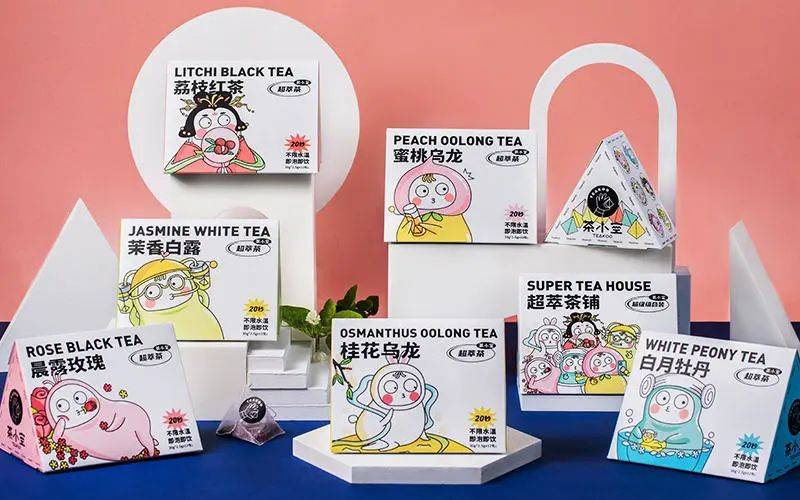 12. The popularity of Chinese pastries is not diminishing, Mo Mo Dim Sum Bureau and Hutou Bureau have successively obtained financing

On July 1, Tiger Head Bureau, which is also a new Chinese dim sum street fashion brand, also announced the completion of the A round of financing. The investor is GGV Jiyuan Capital. Standard Chartered Cake Shop of Hutouju was established in 2019 with the mission of reviving Chinese pastries. On the basis of inheriting traditional craftsmanship, it incorporates modern Eastern and Western ingredients and baking methods, pursues freshness, and focuses on the young market. 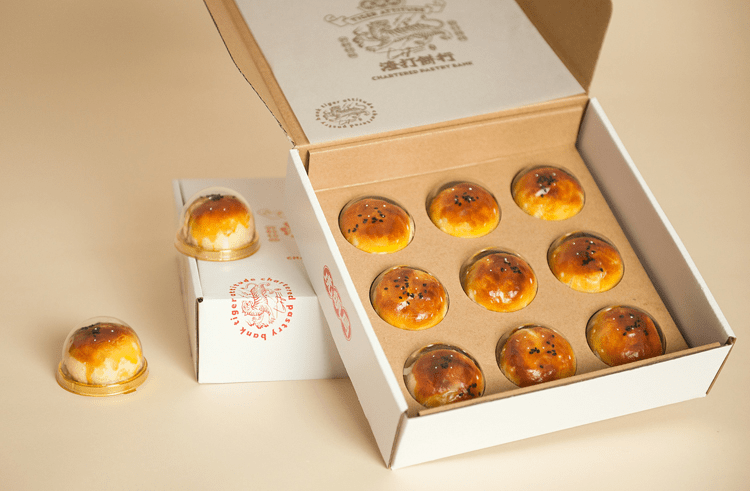 13. Mainly aimed at young people Tea, the new tea brand Chunfeng has received tens of millions of yuan in Pre-A round financing

It is reported that the new tea brand Chunfeng has completed tens of millions of yuan in Pre-A round in March this year For financing, the investor is Nanjing Xingnah Capital. This round of funds will be used for store expansion, team expansion and marketing, new product development, and digital upgrades.

Chunfeng was established in 2018, focusing onTo provide healthy tea for young people, the product layout is divided into pure herbal teas, milk tea lines that combine health-preserving concepts, and fresh fruit tea lines. The cumulative SKU exceeds 30, and the unit price of the product is 15-25 yuan. The mainstream 70% of the customer base is concentrated in white-collar women aged 25-35. 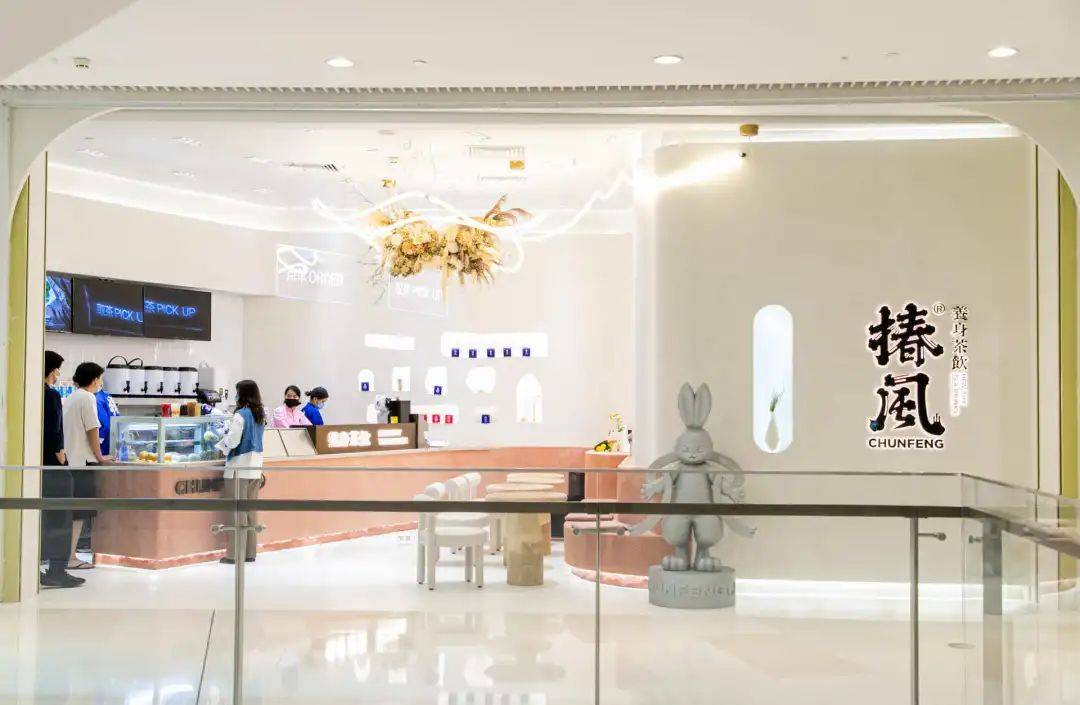 14. From cherries to full-covered fruits Category, the new tea brand Xiaoman Chatian completed tens of millions of yuan in A1 round of financing

On June 29, the new tea brand Xiaoman Chatian announced the completion of tens of millions of yuan in A1 round of financing. The round of financing was led by Zhongyuan Capital, and the old shareholders Yuanhe Yuandian and Shangcheng Investment continued to increase. This round of financing will be mainly used for the research and development of more high-value categories, as well as the rapid replication and expansion of directly-operated stores.

Xiaoman Chatian was established in 2020. At the beginning of its birth, it relied on the two major selling points of "cherry" and "cup desserts", and successfully attracted young people with its high-priced fruits and high-value appearance. At present, it has covered three high-value fruits and more than 20 products. 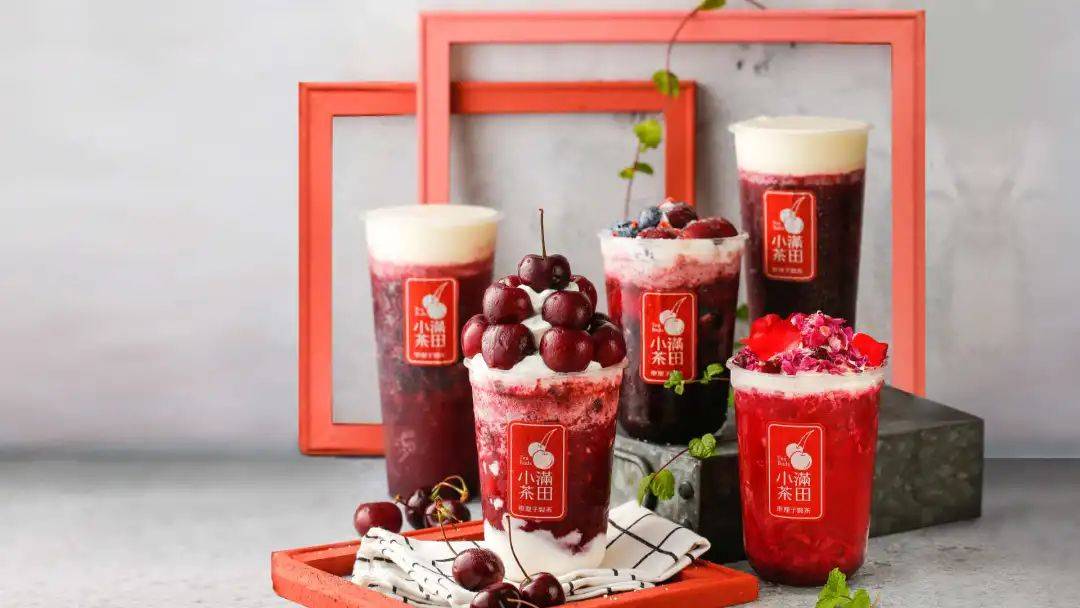 Recently, the new hot brine brand Shengxiangting has received a round of financing led by Tencent and pursued by Juewei Capital. The total financing amount is close to 100 million yuan.

Established in 2016, Shengxiangting Hot Sauce is a creative light meal brand focusing on hot and fresh stew. With the idea of ​​"old taste, new creation", it subverts the traditional lo-mei cooking technique, and caters to the consumer demand of the new generation through new ingredients, new techniques, and new ways of eating, making the "old lo-mei" refreshed. In April of this year, Tencent took a stake in its parent company, Changsha Nayun Catering Management Co., Ltd. 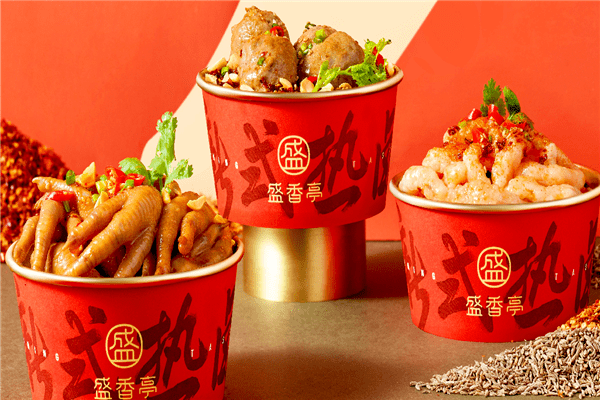 16. Naixue’s tea was listed on the market, with a valuation of 30 billion

In terms of fund-raising purposes, Naxue’s tea plans to use 70% of the funds raised on the market for the expansion of the store network in the next three years to increase market penetration; 10% will be used for operating funds and general purposes; 10 % Is used to improve supply chain capabilities; 10% is used to strengthen digital and intelligent technology capabilities, and further improve the company's overall operating efficiency. 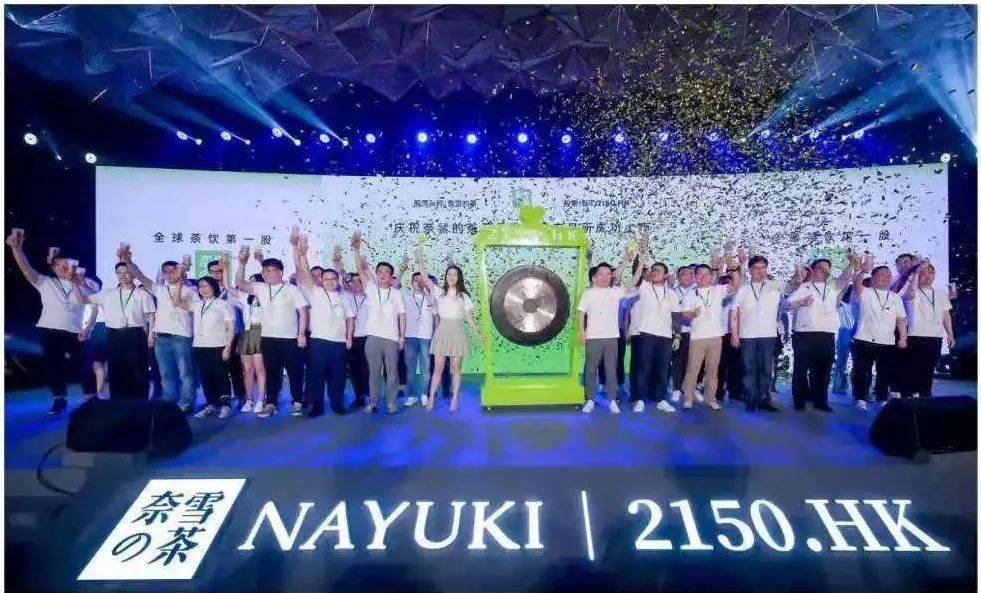 On June 25, Eastern time, Daily Fresh was listed on Nasdaq, issuing a total of 21 million American depositary shares Stock (ADS), with an issue price of $13 per share, became the first digital share of community retail.

On the first day of IPO, Youxian broke daily at $10.65 per share. As of the close of U.S. stocks on June 25, Daily Youxian's share price fell 25.69% to 9.66 US dollars per share. Calculated at the closing price, the daily market value of Youxian is US$2.274 billion, which is nearly US$1 billion less than the IPO market value valuation. 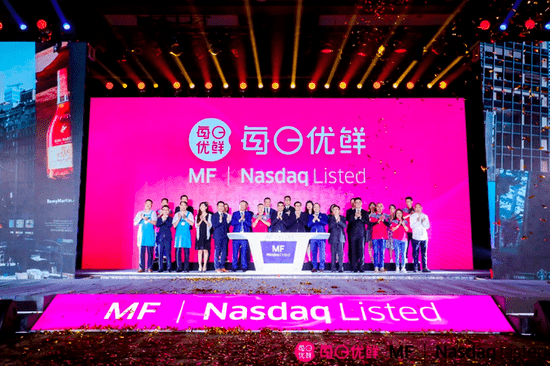 It is reported that I miss you in its new generation of stores, I miss you Qingyang Life Hall, set up a Qingyang tea drinking area, selling red dates Nut drinks, yam almond milk, brown sugar ginger tea and other products. This move can not only play the role of drainage of freshly made tea, drive the sales of other products, but also add new content to increase store revenue.

I miss you so much, Dong Yanyan said that Qingyang tea is more suitable for the health needs of modern young people, and at the same time it is in line with the great health strategy of I miss you red dates + medicine and food.

19. Hershey acquired Lily's, a manufacturer of low-sugar chocolate products, for US$425 million.

LILY'S was established in 2012. It mainly supplies a variety of stevia chocolate bars, baked fries and confectionery products to the American market, with a wide variety of flavors ranging from dark chocolate, super thick, milk and white chocolate, etc. It is sold in more than 24,000 retail stores nationwide. 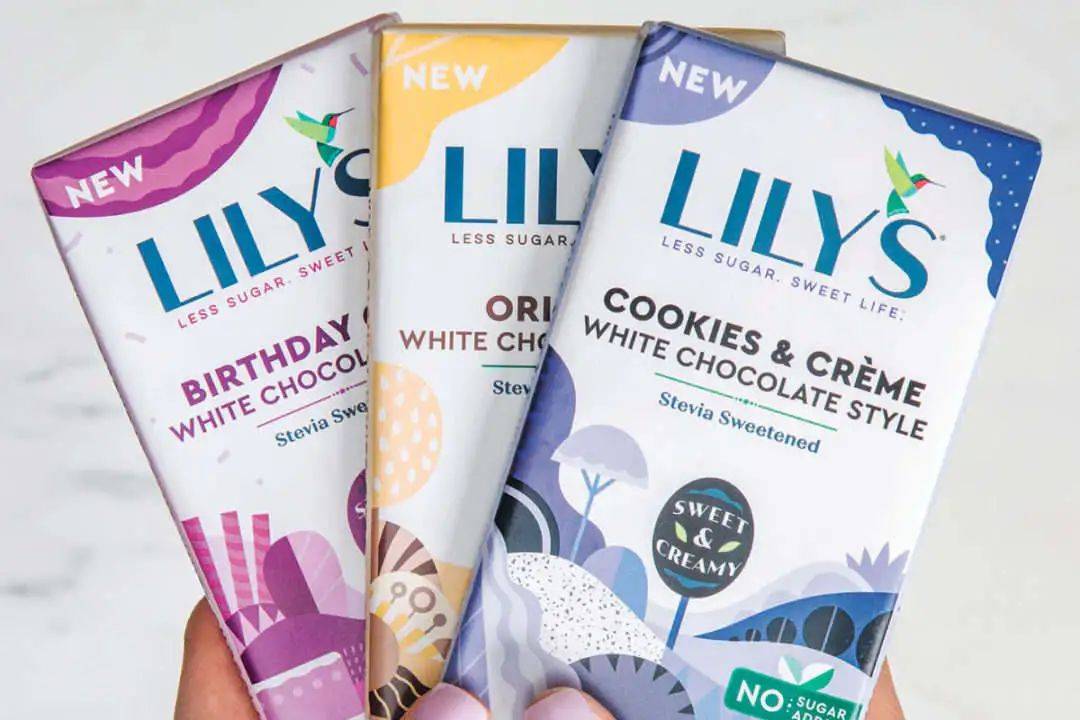