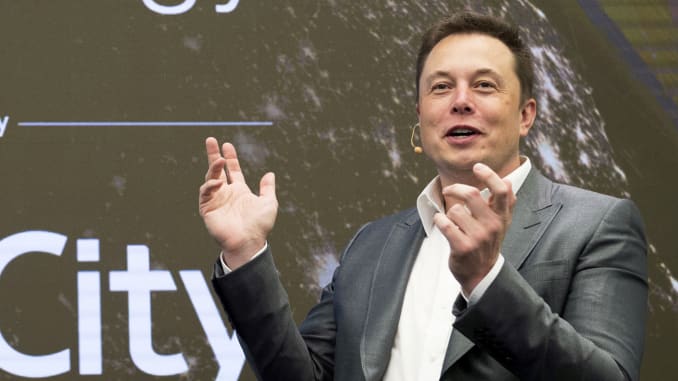 Tencent Technology News Recently, the world’s leading company in the electric vehicle industry, Tesla Inc. of the United States, has seen endless good news, which has caused the company’s stock price and market value to soar. According to the latest news from foreign media, Tesla's market value in early trading on Wednesday surpassed the established auto company and Mercedes-Benz's parent company Daimler Group, becoming the third in the world. However, Tesla's stock price later fell that day.

It is reported that this market value makes Tesla the third-largest auto company in the world by market value. On Wednesday morning, Tesla’s market value surpassed Daimler’s The group’s 62.78 billion U.S. dollars.

ChinaSAIC depends on 38.4 billion The market value of the US dollar ranks ninth in the list. Audi is closely followed by tenth.

In this ranking, from 11 to 15 are Ford, Fiat Chrysler, Hyundai, Nissan and French PSA. The French PSA Group has a market value of US$23.5 billion.

On Wednesday morning, Tesla’s share price rose mainly because the company’s head Musk announced in Germany that it will build a second overseas electric car factory in Berlin. , Tesla will also set up an engineering design center in Germany. According to German media, this factory may create 10,000 jobs.

At present, Europe is the continent with the largest number of countries where Tesla sells. Tesla has built a huge sales and service network.

According to foreign media reports, Tesla, the automaker, has achieved success in several European markets, but not so successful in Germany. Consumers in that country Tend to prefer made in Germanycar.

Until recently, German automakers have not sold many electric vehicles themselves because they mainly focus on plug-in hybrids.

Now Tesla hopes to achieve similar changes in the US market in Europe. It hopes to achieve this goal through a wider range of automotive product lines and lower costs , Tesla’s strategy is to build factories locally instead of importing cars from California.

It is reported that in the past, the old German auto companies were too underestimating the technology of pure electric vehicles. Now in the face of the rapidly changing global market, the old automakers are beginning to make changes to pure electric vehicles. Large investments try to replicate Tesla’s success, but the electric car industry usually thinks that these established companies’ investment has “too little and too late”.

When Mercedes-Benz, a subsidiary of Daimler Group, announced a $1 billion investment in research and development of electric vehicles, Tesla CEO Musk joked , This investment amount also needs to add a zero to reach 10 billion U.S. dollars.

In 2017, Daimler Group announced that by 2022, they will invest 11 billion U.S. dollars to develop 10 new electric vehicles.

In addition to building a factory in Berlin, Germany, Tesla has a lot of good news in the near future news. Among them, the company has announced that the Tesla electric car factory in Shanghai, China has trial production, and the first Model 3 (rare blue paint) has been off the assembly line. Before the end of the year, the factory is expected to obtain a production license and start Mass production.

In addition, Tesla previously announced its third-quarter financial report. The sales of electric vehicles were close to 100,000. In addition, it ended two quarters of losses and regained profitability. The positive earnings report quickly caused Tesla's stock price to soar.

It is reported that Tesla’s stock price has skyrocketed in the past few days, causing the United States’ short-selling Tesla institutions to suffer heavy losses. They made a ruthless mockery. (Reviewed by Tencent Technology/Cheng Xi)