Topic:Analysis of the Prospect of Kangmei Pharmaceutical 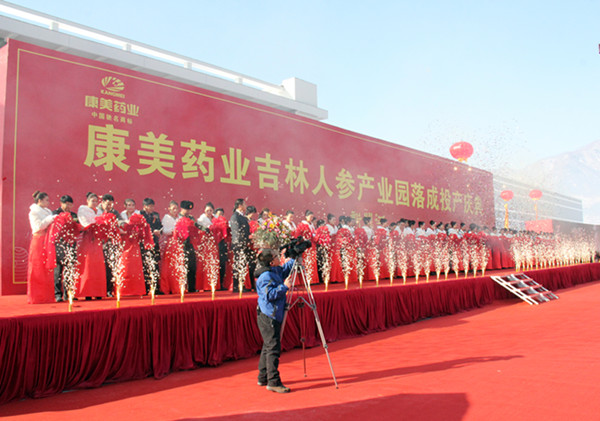 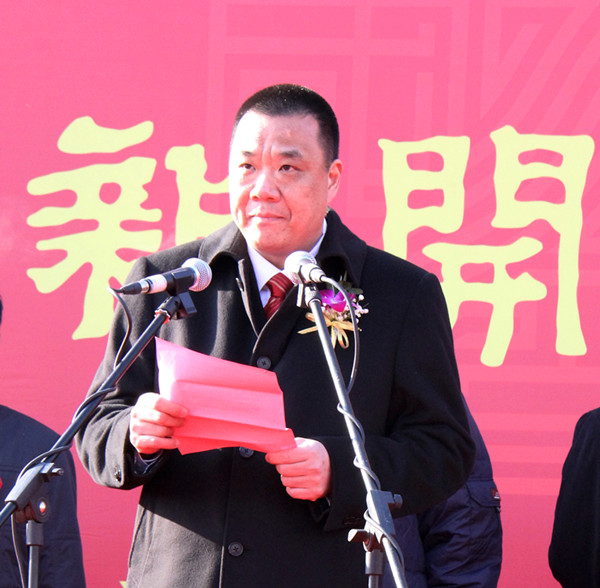 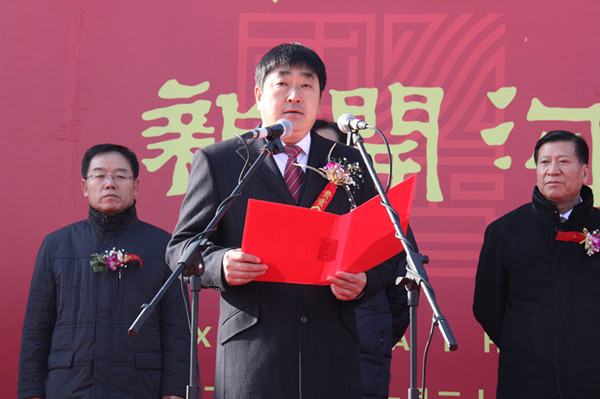 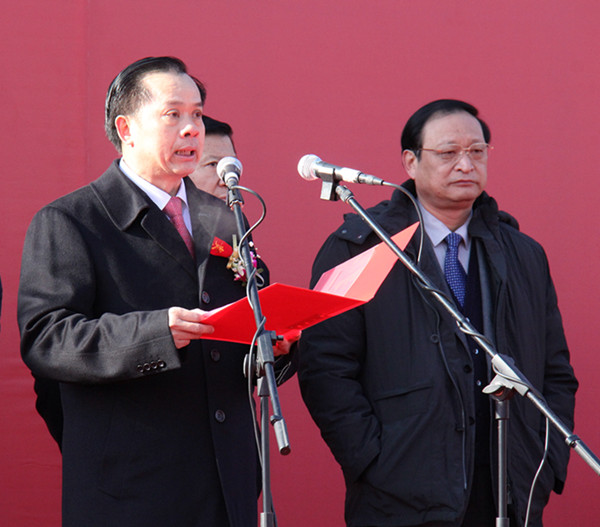 
Chen Shengliang, Secretary of the Puning Municipal Party Committee and Secretary of the Party Group of the Municipal People's Congress, pointed out that Kangmei Pharmaceutical's investment in the ginseng industry in Ji'an is the correct choice for the strategic layout of the company and an important fulcrum of the Kangmei industry chain. construction of the projectIt is of great significance to speed up the exchanges and cooperation between the pharmaceutical industries of the two places and to drive the international development of my country's ginseng industry. 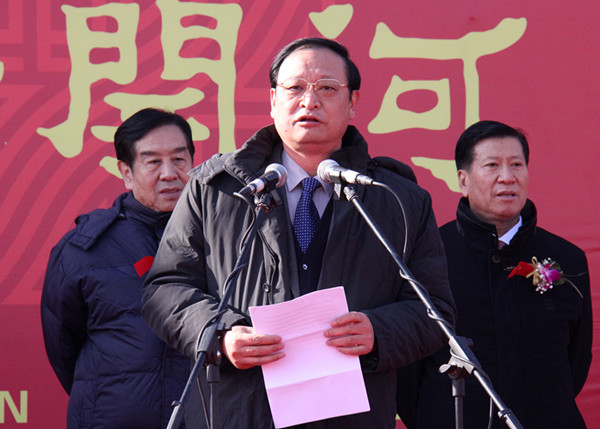 Speech by Wang Guoqiang, Deputy Minister of Health and Director of the State Administration of Traditional Chinese Medicine

In his speech, Wang Guoqiang, Vice Minister of Health and Director of the State Administration of Traditional Chinese Medicine, fully affirmed Kangmei's contribution to the development of the Chinese medicine industry. He said that Kangmei Pharmaceutical, as a leading enterprise in my country's traditional Chinese medicine industry, adheres to the concept of innovative development, innovates service fields, and innovates management mode, and has embarked on a unique development path, established a good brand image, and played a good industry benchmark. effect. 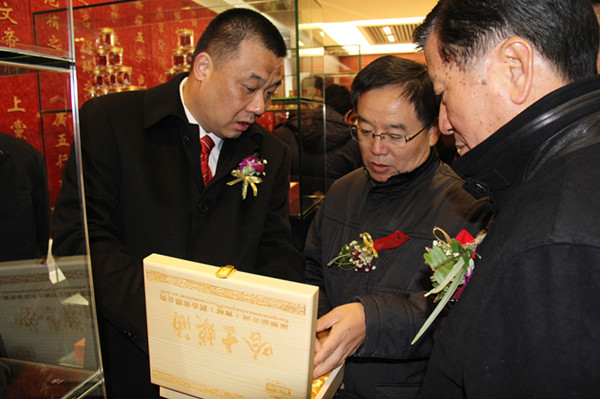 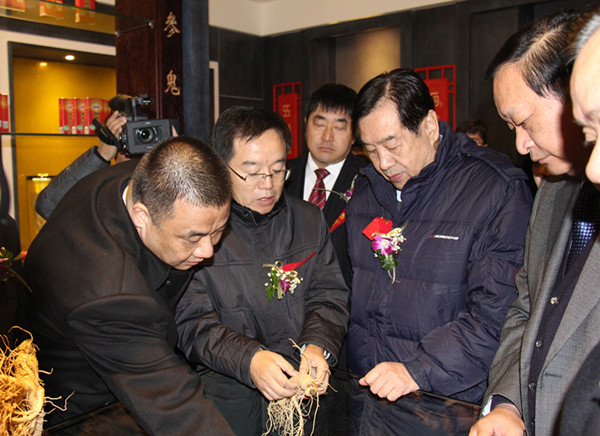 Through strengthening cooperation with Tonghua Ji'an City and complementing each other's advantages, Kangmei Pharmaceutical Co., Ltd. jointly established Kangmei Xinkaihe (Jilin) ​​Pharmaceutical Co., Ltd. and built Xinkaihe Ginseng Industrial Park, injecting fresh blood into the development of Jilin ginseng industry. He hoped that both parties will take the opportunity of the completion and operation of the ginseng industrial park to seize the great opportunity of the development of traditional Chinese medicine, firmly establish the ecological civilization concept of respecting nature, conforming to nature, and protecting nature, and strive to form a resource-saving and environmental protection concept. Spatial pattern, industrial structure, production method, ensure high-quality and stable supply of ginseng products, demonstrate and set an example in the construction of ginseng industry ecological civilization, brand product development, new technology integration and application, etc., and promote the sustainable development of ginseng industry in Jilin and even my country. continuous development.

It is understood that Kangmei Pharmaceutical Jilin Ginseng Industrial Park is the strategic goal of Jilin Province regarding the "ginseng revitalization" strategy, realizing the strategic goal of building a Northeast Chinese herbal medicine distribution center, a Chinese herbal medicine planting base in Changbai Mountain and a Chinese northern medicine base, and promoting the rapid development of my country's ginseng industry. The project is a major extension of Kangmei Pharmaceutical in the whole industry chain of traditional Chinese medicine and a new model of health management. It is currently the largest ginseng industrial park in China and a banner for the development of the ginseng industry. The official completion and production of the project means that Kangmei Pharmaceutical is the first in China to sound the clarion call for the revitalization of "National Ginseng".

The total planned investment of the project is 1 billion yuan, covering an area of ​​200,000 square meters. It will be implemented step by step in terms of production capacity and ginseng industrial culture. The project has the largest production line in the same industry in China and the most advanced in the world. It is the most advanced processing level of traditional Chinese medicine in the same industry, and the processing technology has also reached the international advanced level. Originally, the annual labor capacity of fresh people was only 400 tons, but now it can reach 4,000 tons, a 10-fold increase. The processing capacity of other authentic Chinese herbal medicine pieces is 2,000 tons. When the project is completed and put into production, it is more important to establish a pharmaceutical circulation service platform based on the resource advantages of Changbai Mountain and radiate to the Northeast region, so that the authentic medicinal materials from the Northeast region can go to the whole country, and the medicinal materials from other regions will enter the Northeast region. , logistics distribution, chain operation, warehousing, trade services and export base platform construction as the focus, to build a medical studentProduction and business service platform, accelerate scientific and technological innovation, increase capital investment, build a national ginseng research and development platform, promote the construction of ginseng standard system and the transformation of scientific research results, and promote the standardization, scale and modernization of the ginseng industry. The integrated production and operation model laid the foundation.

Kangmei Pharmaceutical is a large domestic listed pharmaceutical company, a national key high-tech enterprise, a leading enterprise in traditional Chinese medicine, and one of the top 500 private enterprises in China. It has strong capital strength, investment experience and industrial resources. Over the years, adhering to the core values ​​of "caring for the common people, great love without borders" and the business philosophy of "moving the world with love and managing health with heart", we have actively promoted the development of Chinese medicine in my country, and took the lead in creating a strategic model for the entire Chinese medicine industry chain and health management. The new model has created new advantages for the company's development and has played a benchmarking role in the industry. The development concept, experience and exemplary role of Kangmei Pharmaceutical have set an example for traditional Chinese medicine enterprises across the country. The company's current assets have reached 16.98 billion yuan, net assets of 10.15 billion yuan, and more than 5,000 employees. The company's market value exceeded 37 billion yuan, ranking second in the capital market of China's pharmaceutical industry. In the first three quarters of this year, Kangmei Pharmaceutical bucked the trend, with sales revenue reaching 7.896 billion yuan, a year-on-year increase of 85%, and net profit of 1.006 billion yuan, a year-on-year increase of 57%.

Ginseng is a precious Chinese herbal medicine, and it is also a bulk export variety of Chinese herbal medicines. my country is the birthplace of medicinal ginseng, and China's first pharmacological book "Shen Nong's Materia Medica" used ginseng as a medicine for the first time. Zhang Zhongjing's "Treatise on Febrile Diseases" in the Eastern Han Dynasty contains 113 prescriptions, of which 21 prescriptions are compatible with ginseng. Jilin Province is the main producing area of ​​ginseng in the world, and its annual output accounts for about 85% and 70% of the total output of ginseng in the country and the world. It is located in Xinkaihe River in Ji'an City. The main producing area of ​​internationally recognized high-quality ginseng. In recent years, with the improvement of people's living standards, the consumption of ginseng has gradually moved towards ordinary people. From the past, it was only used as a gift and now it is taken as a daily health care product. However, from the current actual situation, although my country's ginseng occupies the first place in the world in terms of production, its actual consumption is less than one-sixth of that of South Korea. With a population of 1.3 billion in my country, ginseng consumption is only 1.8 billion yuan, while South Korea's 4800 With a population of 10,000, the consumption of ginseng has reached more than 11 billion yuan. It can be seen that the development prospect of ginseng is immeasurable, especially with the continuous and rapid development of China's economy and the change of people's consumption concept.

In 2009, Kangmei Pharmaceutical acquired and reorganized the first domestic ginseng production enterprise with the well-known Chinese trademark "Xinkaihe" in accordance with the layout of the whole industry chain of traditional Chinese medicine. company. With the support of Kangmei Pharmaceutical's rich business resources and the advantages of the whole industry chain, the newly established Kangmei Xinkaihe (Jilin) ​​Company has achieved rapid development, and its brand awareness is resounding in the country. "Xinkaihe" ginseng has been recognized in the industry The first brand, its business development and production quality have played an industry benchmarking role, promoted the more scientific and standardized development of the ginseng industry, made positive contributions to local economic and social development, and achieved a certain international status, becoming the domestic ginseng industry. a flag.